Origin of the Name

The name "Uzbegistán" appears in the 16th century Tarikh-i Rashidi.

Three roots vie as to the adjective accompanying -stan (in the family of Iranian languages: "land of"):

"free", "independent" or the "lord himself" requiring an amalgamation of uz (Turkic: "own"), bek ("master" or "leader")

A contraction of Uğuz, earlier Oğuz, that is, Oghuz (tribe), amalgamated with bek "oguz-leader".

All three have the middle syllable/phoneme being cognate with Turkic title Beg.

The place was often spelled as “Ўзбекистон” (Wzbyekiston) in Cyrillic, the script used during Soviet rule. 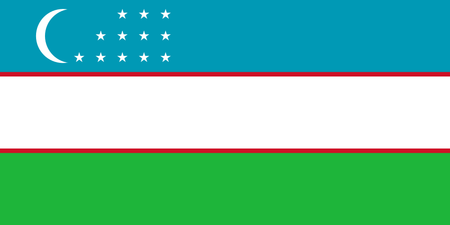 The flag of Uzbekistan consists of three horizontal azure, white and green bands separated by two thin red fimbriations, with a crescent moon and twelve stars at the canton. Adopted in 1991 to replace the flag of the Uzbek Soviet Socialist Republic. The azure color on the flag is a symbol of blue sky and clear water. White is a symbol of peace, purity, and kindness. Green is a symbol of the diverse and rich nature of the country. The red stripes are vital forces pulsating in every living creature, a symbol of life, courage, as well as a symbol of national and religious minorities of Uzbekistan. The Crescent corresponds to the centuries-old tradition of the people of Uzbekistan and is also one of the main symbols of Islam. The flag of Uzbekistan has 12 stars. The number 12 means 12 zodiac signs, 12 months of the year, and is also considered a symbol of perfection. 12 stars on the flag are arranged in such a way that visually they form the inscription Allah in Arabic script. 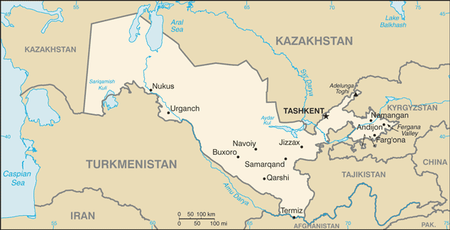 Uzbekistan has a border with 5 countries. It is bordering to Kazakhstan to the north and west, Kyrgyzstan and Tajikistan to the east, Turkmenistan and Afghanistan to the south. Uzbekistan covers an area of  448,978 km2 (or 173,351 sq mi) and has a population of 34,588,900 which means highest population in Central Asia. Uzbekistan consist 12 provinces, 1 autonomous republic and one independent city. Uzbekistan’s capital and most populous city is Tashkent, second most populous city is Samarqand. Other big cities are Fergana, Namangan and Andijan. 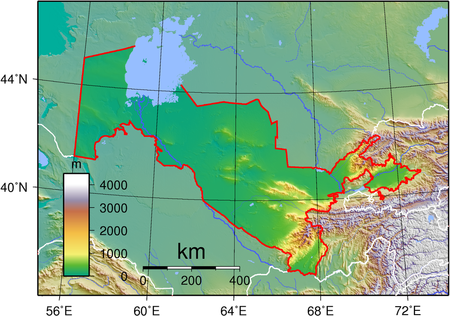 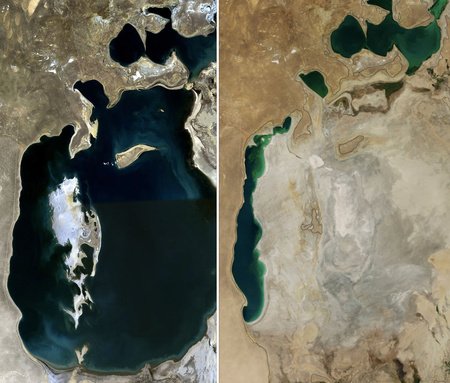 Uzbekistan is located in Central Asia. A mountain called Khazret Sultan is the highest point of the country with elevation of 4,643 m (or 15,233 ft). Largest lake of the country is Aral Sea which is sadly drying.

The first Uzbek rule in Central Asia was in the 16th century. It started with Muhammad Shaybani Khan, who defeated the last Timur dynasty in Samarkand and established his own state in Transoxiana. This domination lasted until the 18th century and was replaced by the Emirate of Bukhara with the Khiva and Hokand Khanates established in the same region. The first domination of Tsarist Russia in the region began in 1867 with the establishment of the General Governorate of Turkistan, whose center was Tashkent. It was also completed with the capture of the last remaining lands of the Hokand Khanate in Fergana within ten years. On 1 November 1917, the Bolsheviks entered Tashkent and declared their sovereignty, and in 1924 the Uzbekistan Soviet Socialist Republic, which included the territory of today's Uzbekistan, was established. With the dissolution of the Soviet Union, the Aliy Council of Uzbekistan accepted the declaration of its Independence on August 31, 1991, and it was decided as Independence Day on September 1, 1991.

Uzbek is official language of Uzbekistan. And Karakalpak is regional language in Karakalpakstan region. %74 of population speaks Uzbek, %14 speaks Russian and %4 speaks Tajik. And %7 speaks other minority languages. Uzbek language can be written in three writing system: Latin, Cyrillic and Perso-Arabic. 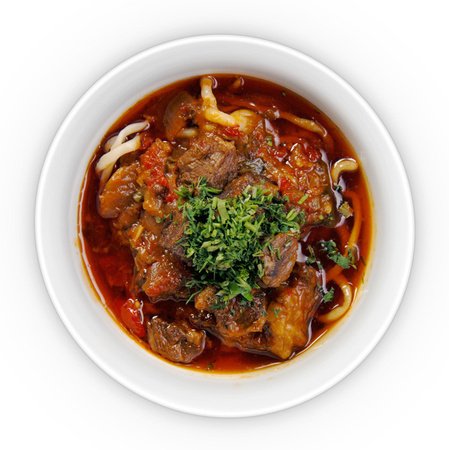 Lag’mon: Lag’mon is a Central Asian dish of pulled noodles, meat and vegetables.

Dimlama: Dimlama is stew made with various combinations of meat, potatoes, onions, vegetables, and sometimes fruits.

Naryn: A pasta dish made with fresh hand-rolled noodles and horse meat.

1) Uzbekistan is one of two doubly landlocked countries in the world. (Other is Liechtenstein.)

2) Bread is "Honored". The Uzbeks believe that turning bread upside down will bring you bad fortune.

3) Algorithm derives from the name of the Uzbek Scientist al-Khwarizmi. Because it Latinized as Algorithmi.

4) None of Uzbekistan’s rivers lead to the sea.

5) Uzbekistan is home to the world’s largest open-pit gold mine. The county produces 4.5 million kilograms of gold per year!

6) Traditionally, the most respected guest at dinner is seated the farthest from the entrance to the house.

7) The national dish is Palov or Plov; made of rice, mutton, onions and grated carrot. According to local legend this dish was invented by the cooks of Alexander the Great.

Thanks you for reading my blog! Don’t forget to read my other blogs in this series!

JetPunker180
+1
Level 54
May 2, 2021
Interesting!
Afghabwe
+1
Level 39
May 3, 2021
Thank you!
ClutchNferno
+2
Level 58
May 3, 2021
Sorry for being negative, but this formatting is the type that someone would simply tell me it was painful to read when I made blogs of this format (now deleted). Because 'this person' can no longer give such criticism on the blog section due to a massive increase in people who check the blog section, I felt it was my duty to tell you this.
KingEureka
+1
Level 63
May 3, 2021
I think the blog is easily readable.
Afghabwe
+1
Level 39
May 3, 2021
I agree with KingEureka. Because since Jetpunk is an English website, mostly everyone here speaks fluent English. In addition, I didn’t use unknown and difficult expressions.
Iluvbread123
+3
Level 73
May 3, 2021
I think you mistook that. Clutch was commenting on the formatting, not the language

This blog is easy to understand, but it would look much cleaner with dividers