The Difference Between City Proper, Metro Area, and Urban Area

When looking at different quizzes involving cities, you may notice that different population figures are used depending on the quiz. This is because there are several different ways to measure the population of a city. The main three JetPunk uses are city proper, metro area, and urban area.

City proper is the most basic way of measuring a city; it is just everything contained inside the city limits. This is a good, easy way to determine the population of a city (as well as many other things), but it does have several drawbacks. For one, especially for larger cities, city proper does not reflect what people think of as the boundaries of the city. Miami, for example, one of the largest cities in the United States when measured by metro or urban area, ranks 40th when measured by city proper, below cities like Colorado Springs, Tucson, and Fresno. The reason for this is that large cities almost always have suburbs, which, most of the time, are incorporated cities themselves. 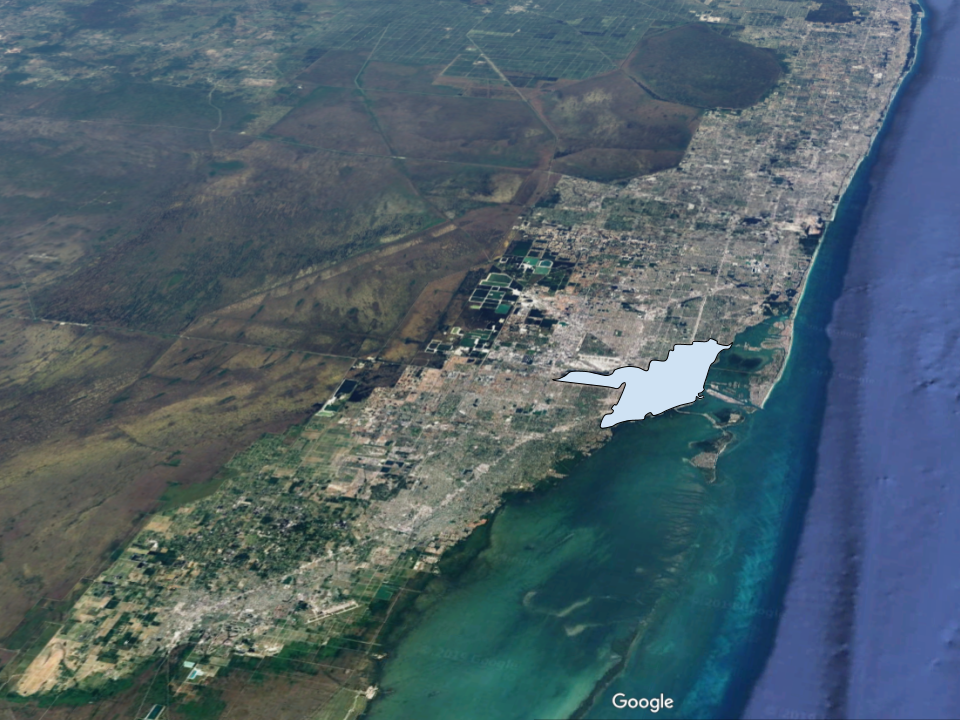 The city proper of Miami compared to its suburbs.
Image from Google Earth

This means that the populations of these suburbs, which most people would consider to be a part of the larger city's population, are not included in the total. This also means that cities which seem to be of similar size can have drastic population differences, because some cities have a larger city proper and fewer suburbs (Tucson, Fresno), while others have a small, dense city proper with many suburbs (Miami, Atlanta).

As a solution to the problems with city proper, the US Census Bureau came up with a new measurement - the Metropolitan Statistical Area, or metro area. This method tries to get around the problem of suburbs, and certainly does a much better job at giving a realistic view of the true population of a city. However, this too has several problems; for one, metro areas are measured using whole counties. This isn't much of a problem in the eastern United States, where counties are small and most of the areas within them are built up. However, in western states, where counties are bigger, this becomes a real issue. Take the San Bernardino-Riverside metro area, for example, which includes the largest county in the United States.

Lake Havasu, on the Arizona border, is considered to be a part of the metro of a city bordering Los Angeles.
By Plazak, CC BY-SA 3.0, Link

The metro consists of multiple large cities and several suburbs, which are all counted because they are in San Bernardino county. The problem, however, comes when you consider that the actual area of the city lies within less than 1/8 the area of the county, which extends from Anaheim all the way to the Arizona border. This means that Lake Havasu, more than a four hour drive through the mountains from Riverside is still considered to be a part of the same city.

Finally, the method most quizzes use is urban area. This measurement is in between city proper and metro area; it includes the suburbs of a city, but stops when the built-up area stops. Depending on how broad of a definition is being used, urban area can be smaller than metro area or much larger. This is because many large cities that are close to each other can end up growing into each other, making one large city rather than two or three smaller ones. This is why JetPunk considers Guangzhou to be the largest city in the world, rather than Tokyo, because all of the Pearl River delta has grown together and become one large agglomeration.

The cities of the Pearl River delta are physically, but not culturally, connected.
By Adam Voiland - http://earthobservatory.nasa.gov/IOTD/view.php?id=86603, Public Domain, Link

This can become a problem, however, because often times these cities, while realistically connected, are culturally very different. This causes people in one city to want to be grouped separately from another, even if the cities themselves are joined together. Many people say that Guangzhou and Shenzhen are separate for this reason, and that is why almost no sources apart from citypopulation.de group them together.

Below is a table showing the city proper, metro area, and urban area populations of various cities.

Stewart
+23
Level 68
Aug 8, 2019
Utterly fantastic article. Clearly explains the differences and why some are used over others. Thank you!
Nikhaz
+17
Level 74
Aug 8, 2019
Wow I went into this thinking I knew the meanings already, but I learned something today.
UG332
+13
Level 66
Aug 8, 2019
Oh wow, Urban areas are just the basic JetPunk amounts, wow, i wish i knew that hahaha. Thanks for explaining so well!
Quizzer6794
+12
Level 64
Aug 8, 2019
Really insightful blog post, perfectly described them all!
OskarRB
+13
Level 44
Aug 9, 2019
Finally someone who can explain it in a way which is easy to understand. I've been searching for something like this for some time and you did the best, thanks!
Quizmaster
+20
Level ∞
Aug 26, 2019
Nice post! One big frustration for me is that difference sources group things together differently. In my opinion, Guangzhou and Shenzhen should not be grouped together. Or, if they are, then Beijing and Shanghai should also include their nearby satellites. My favorite source is citypopulation.de but they are not perfect.
QRU
+4
Level 74
Aug 27, 2019
That's why City proper is better. No confusion, no intuition, just hard facts :P
Quizmaster
+17
Level ∞
Aug 27, 2019
I assume you're being facetious, but just in case you're not, here are what those hard facts say:
TheRealGrantma
+1
Level 57
Oct 18, 2020
Actually, London has a population of 8,992,166, Brussels is the most populous city in Belgium, and Sydney is the most populous city in Australia, all using city proper population. You are right about Manila, tho.
chelsea97
+5
Level 76
Oct 31, 2020
The City of Sydney only has 240,000 people, which isn't even the biggest 'city' in Sydney! When you take the Sydney population you are looking at Greater Sydney. The same for London and Brussels. You are referring to the urban population (except Manila).

City proper is relatively rarely used outside of the USA, which is another reason why it's not favoured, because it's notoriously difficult to compare against other international cities.

Pandora49
+1
Level 54
Nov 7, 2020
@TheRealGrantma, I am a bit confused by this claim. Brussels is indeed the 5th most populous city in Belgium when using city proper, but Brussels is the largest city by urban area. Australia is confusing when it comes to population, but it is also possible that Sydney could be the 17th largest city in Australia when using a different population method.
SWATkun
+1
Level 61
Aug 27, 2019
I prefer to group Shenzhen and Hong Kong together but Hong Kong is still autonomous
UG332
+21
Level 66
Aug 26, 2019
Cringe should get an award for getting the first blog featured besides QM and Stewart :P
rawe
+4
Level 66
Aug 27, 2019
Very nice blog! Short, but simple and clear, well done!
zaba2048
+5
Level 73
Sep 2, 2019
This is fascinating! Now I'm going to try to understand what's going on with the Rühr!
Quizmaster
+10
Level ∞
Oct 22, 2019
When you figure it out, let me know!
JackintheBox
+7
Level 75
Nov 25, 2019
Actually it's 'Ruhr' without the Umlaut.
Devvik2
+5
Level 67
Dec 10, 2019
Perfectly explained!
CowboyOJ
+3
Level 40
May 22, 2020
Thanks, As an Indian, I never knew the differences about them, being a 15-year-old, I would like to thank you very much by telling the difference, it will help me a lot in the near future.
User Blogs
:: CringeDragon's Blog
:: This Blog
Countries of the World Quiz
US States Quiz
Fifty US States in One Minute
Europe Map Quiz
Country Flags Quiz #1
NFL Football Teams Quiz
Fast Typing 1 to 100
US States by Borders in 30 Seconds
Brand Logos Quiz #2
Major League Baseball Teams
Asia Map Quiz
Countries by First and Last Two Letters
Brand Logos Quiz #1
General Knowledge Quiz #9
Random Country to Capital
Random
Top Today
Geography