Hello! This is my first blog entry. I haven't been using the blog function before, because there hasn't been anything I want to write a blog about. But now I have come up with a use for this. I'm redoing one of my old quizzes; it's quite complicated, so it's not possible to explain everything in the quiz description and caveats. So instead I'll write a blog entry that explains everything.

The old quiz in question was called Best ranking Eurovision countries, since 2000. It was about which countries have the highest average placement in the contest between 2000 and 2016. It was my sixth most popular quiz, with 2,346 takes at the time of writing. I always think it's awful to reset the data on a popular quiz, but it can't be helped. This quiz had never been updated, so it was about time.

I had lost my old spreadsheet with my calculations of average placements. So I had to redo everything, and this time I'm doing things a little differently. I have now renamed the quiz Best Ranking Eurovision Countries 2004-2021. Please click this link to try it yourself.

Why Not Include All of Eurovision, Since 1956?

How the numbers are calculated is pretty straightforward. The winner in a given year has rank 1, the silver medalist rank 2, and so on. I write down the ranks of every country for each year they've participated, and calculate the average out of that.

I haven't included all of Eurovision's over 60 year long history for one reason. In the early days there were fewer countries competing (only seven in 1956), so even a bottom placement back then would seem like a good rank compared to today. This would give countries that have been competing since the early days an advantage. 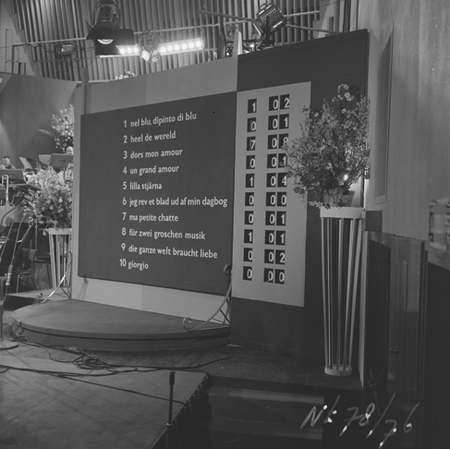 For example, if you came last in the 1965 contest, you'd finish at 15th place. 15th place is not half-bad compared to the 2021 contest, when there were 39 countries competing. So countries that have been competing for a long time would have amassed a lot of good ranks (from a modern perspective), which would bring their average up. Furthermore, it was easier to get a high placement when you had only dozen competitors than when you have 40 or so competitors.

So a cut-off point is needed, but at what year? I chose 2004, because that's when the semi-final system was introduced, precisely because there were so many contestants at this time. One could also say that this is when "the modern Eurovision" began.

How Non-Qualifying Countries Are Counted

This is about the countries that did not move on from the semi-finals. As an example, let's take the contest of 2006. This year's contest consisted of one semi-final and a final. There were 24 countries in the final, so these countries are ranked from 1st (Finland) to 24th (Malta).

In the semi-final there were 23 countries competing. The top 10 of these made it to the final, receiving a rank somewhere among the 24 best. So the top 10 of the semi don't matter. The 11th country in the semi-final was Poland, and since there were 24 countries in the final, that must mean that Poland was the 25th best country. So I have counted Poland as finishing on 25th place. Similarly I have ranked Belgium as 26th, and so on, all the way down to Andorra as 37th.

2008 and 2009 there was a system of "back-up jury qualifiers" in place. This basically meant that the juries could save one song from each semi-final that would otherwise not have qualified. If the jury-preferred song did not make it to the top 10 of a semi-final, that song would still qualify, instead of whichever song came in 10th place. If the back-up jury qualifier did indeed finish in the top 10 of a semi, I have counted ranks exactly the same way as described above.

In semi-final 2 Serbia finished in 10th place, but didn't qualify due to Croatia taking its place. There were 25 countries in the final, so which rank should Serbia receive? I decided to rank Serbia as 25th (tieing in with Finland) because Serbia would have been guaranteed at least a 25th place if it wasn't for the back-up jury qualifier system. And this makes things consistent, in that the 11th country in a semi will have a rank one below the last place of the final.

Every year there tends to be a few countries that end up having the same score. I have resolved ties according to the rules that were used at that given year. For some years tie-breaking rules were only used for determining the winner of the final and the 10th place in the semis. So ties were allowed for other positions up to 2007.

The contest has had two semi-finals since 2008. I have not resolved ties that occur due to two countries ending up in the same position in two different semis. For example, in the above lists for the 2009 contest, I have counted North Macedonia and Serbia as both ending up on 25th place, Montenegro and Ireland as both ending up on 26th place, and so on.

The Country that Shall Not Be Named

The country that is now called North Macedonia has been called a few different things during its participation in Eurovision. But I'm just labeling it as North Macedonia in my spreadsheet, even though that name did not exist in earlier times. 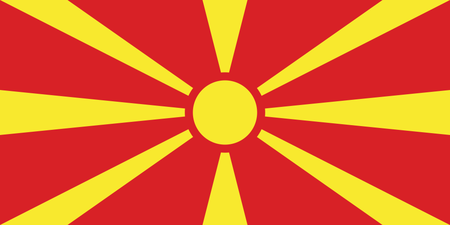 Similarly I'm using the short name Czechia, even though it's still "Czech Republic" in Eurovision contexts.

There was a country that existed until 2003 and which was called Serbia and Montenegro. I have chosen to treat this as a separate entity from modern Serbia.

Btw I am collecting countries of residence of Top100 users for this quiz and I noticed you did not filled yours. Do you mind filling it for the purpose of this quiz? It is purely for statistics.